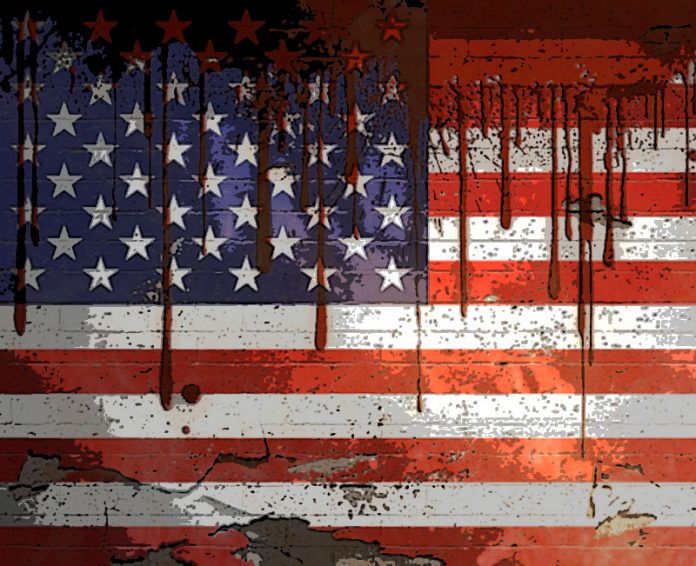 Update – Audio Message is now on Youtube with captions for your convenience. Link is below.

Note – The links to the Audio Messages are below…

There Will Be Blood

“He (Jesus) answered and said unto them, When it is evening, ye say, It will be fair weather: for the sky is red.

And in the morning, It will be foul weather to day: for the sky is red and lowring. O ye hypocrites, ye can discern the face of the sky; but can ye not discern the signs of the times?” Matthew 16:2,3

On the night of June 2nd, a very profound event occurred. It was a sign from God.

The largest free-flowing American flag in the world was destroyed in a bizarre fashion. The outcome of the flag’s destruction painted a picture of things that are coming to America!

The flag is owned by the Acuity Insurance Company which is located in Sheboygan, Wisconsin. 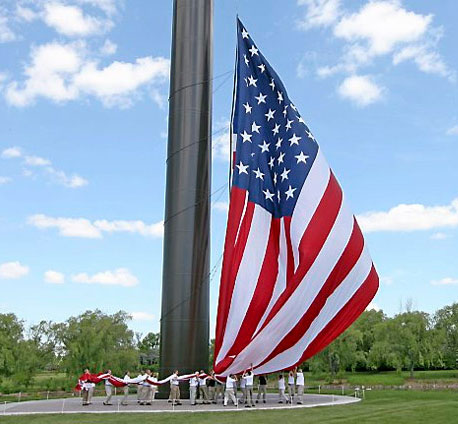 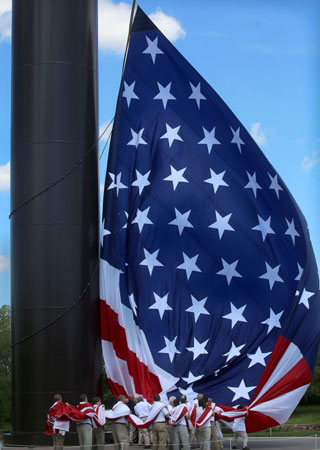 On Tuesday night, June 2nd, a storm struck the area. Winds howled at almost 90 miles an hour and shredded the flag.

First, it is owned by Acuity Insurance. The word “acuity” means – sharpness or keenest of perception, vision and understanding.

The flag’s demise illustrates that the USA has LOST her vision, perception and understanding, which means she now walks in darkness.

The damage to the flag was sobering.

The middle portions were gone, and only the top and bottom of the flag was left. 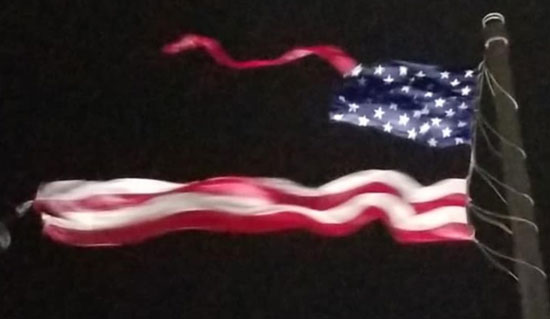 … But the remaining pieces told the story of what is arriving in America. When the flag is turned sideways, the blue portion for the states is dripping blood.

The other remaining portion consist of two white stripes and two red stripes.

When we observe the remaining portions of the flag hanging down. It looks like the left portion that contains the states is bleeding. The symbolism of this image is powerful and sobering. It shows us that the states are bleeding, the nation is divided and that’s exactly what is happening to the nation. Bloodshed has begun. Riots are occurring. The nation is divided and dying. 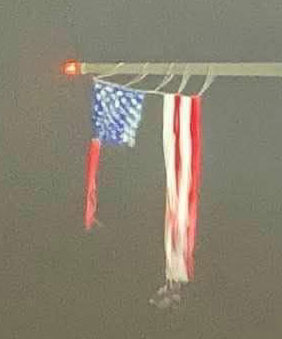 When we look at the other portion of the flag which contains four stripes, (two red stripes, and two white stripes) the message reveals several things; there is a remnant of pure hearted citizens that remain, because the white stripes represent purity.

Translation – there are a few good citizens who remain. They are righteous. And they are part of the remnant. They are those who do not want to be a part of the bloodshed. They have good hearts and they love the Lord. But this portion also has two stripes of blood, which means that the pure ones will undergo persecution and bloodshed.

The far right white supremacist will fight against the Blacks and other people of color.

It is going to get ugly.

My friends, this is the warning, there will be blood!

What are we to do? It’s not going to be stopped. But as Christians, we must make sure that we are on the right side of righteousness when the battles begin.

Please listen to the audio message below.

My latest program will talk about these things. The program can be found here.

Note – If you have problems with the player below, you can also download the audio to your device with the link below.

Or listen in the player below.

Please share this program with everybody that you know.

May God have mercy on us.