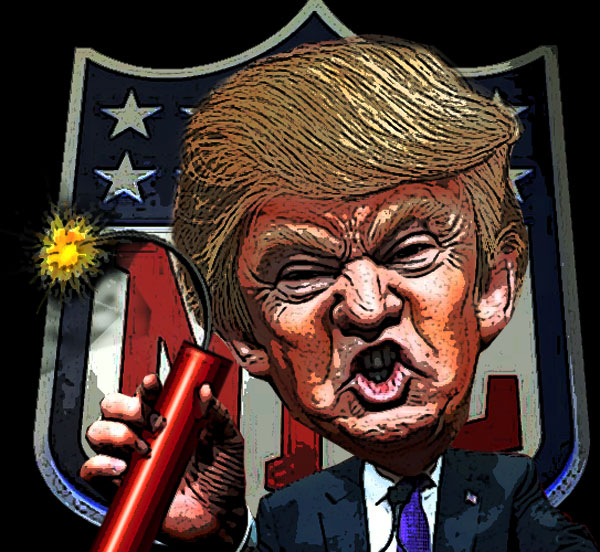 It is a ploy folks! It’s a deceptive operation to destroy America.

Ladies and gentlemen, the NFL kneeling controversy is a social mind rape to galvanize people into anger, hatred, and division. It is meant to anger the population into brutality and violence in hopes that it will erupt into domestic war and chaos.

It is a nefarious effort.Â Operation Deception is very powerful and isÂ in motion at the hand of Trump. But sadly, most American citizens cannot see what he is doing.

Trump is authoring propaganda, created with the tip of his thumb, and sending it out to start fires and burn down the city. Who would’ve thunk that Mr. Trump would eventually become Ignition Donald, burn down neighborhoods, and cause people to hate one another?

But the proof is there. Trump’s fingers lit a fuse, with results that are obvious. The American population is dividing, and Donald TrumpÂ is the fire starter. His tweet was simple; a few words of digital gasoline. That was all it took and he knew it.

On Friday September 22, 2017, President Trump told a crowd in Alabama that he’d â€œlove to see one of these NFL ownersâ€ fire players who knelt during the national anthem: â€œGet that son of a b**** off the field right now. Out. He’s fired! He’s fired!â€

On Saturday September 23, 2017, the president sent out multiple tweets and continued his criticism of players kneeling during the national anthem, and again called for their firing.

So now it looks like Trump believes that his role is to police the thoughts and patriotism of athletes and sports? Apparently. But why is he doing this?

During his presidential debate, Trump stated that his past history was – “Words,….just words.”

But Trump is a master at manipulating the public with words.

Those of you who are old enough can probably remember the Cold War. Remember those days? Remember how we were taught in school about the evil Soviet Union and how they used propaganda to corral their citizens? Propaganda is an age-tested tool to control and steer entire populations. 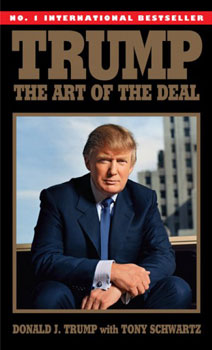 Despots, dictators, and cult leaders understand the power of propaganda. So does Donald Trump. He wrote about it in his book – The Art of The Deal.

I play to people’s fantasies. People may not always think big themselves, but they can still get very excited by those who do. That’s why a little hyperbole never hurts.
Donald Trump

This method is not new. Hitler wrote about the power of propaganda in his book “Mein Kampf.” 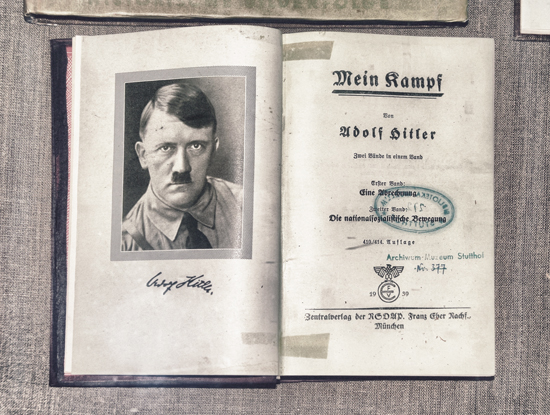 An excerpt:
“Propaganda must always address itself to the broad masses of the people. (…) All propaganda must be presented in a popular form and must fix its intellectual level so as not to be above the heads of the least intellectual of those to whom it is directed.
Translation – the propaganda must target the uneducated and the common people, and it must communicate with them at the basic level. 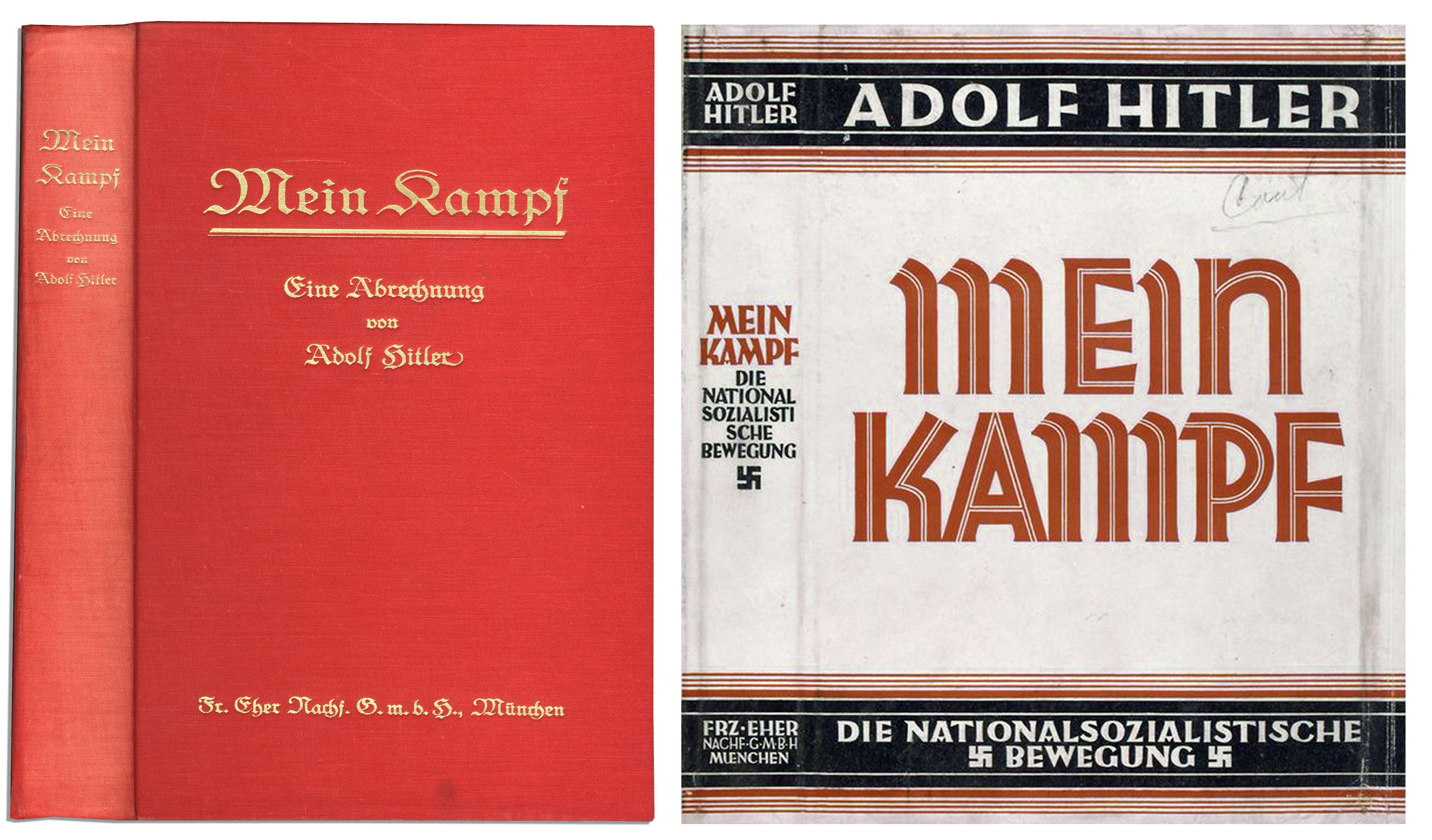 “…The art of propaganda consists precisely in being able to awaken the imagination of the public through an appeal to their feelings, in finding the appropriate psychological form that will arrest the attention and appeal to the hearts of the national masses.”
Translation – “Feelings” must be targeted.

Trump has successfully weaponized patriotism, and is using it to instigate another assault on America. His goal is division and civil war. The aftermath will be a dictatorship where freedom of speech is monitored by the thought police.
The operation is moving forward according to a script. The victim will be the Constitution.

Folks, this is taking place right now, and should concern every freedom loving citizen. For those who are able to see it, they are terrified for this country.
In his short tenure, Trump has already weakened several amendments of the Constitution.

Step 1 – He has attacked “Freedom of the Press,” and has successfully refashioned public perception about the press, where now according to Trump, all of the press is “FAKE NEWS.” Sadly, most evangelicals and those on the right have bought into this, which shows his method has worked, which has resultedÂ inÂ many of his supporters who now doubt the press, and refuse to accept any truthful reporting on Trump.

Step 2 – Trump’s alternative – the State Run Press – his Tweets. This is propaganda for the 21st century. Why read a report from a journalist or reporter, when we can hear the news directly from Trump himself?
This is backdoor censorship, but most Americans have no clue.

Step 3 – Attack “Freedom of Speech” – How? Weaponize patriotism and turn Americans into bloodthirsty nationalistic lemmings. In the past, freedom of speech included allowing peaceful protesting by those who were unhappy with the direction of the government.

Granted, not all citizens appreciate peaceful protests, because at times rhetoric is shared that goes against the norm of society, (even when it was oppressive and unjust.) For example, blacks who protested their second class status and being forced to sit at the back of the bus. But our African American brethren sought to capsize that norm of society, and God sent Rev. Martin Luther King.

A few days ago, Trump purposely chiseled away at Freedom of Speech and simultaneously – weaponized patriotism.

The result is what you are all witnessing which is division and anger against the NFL kneelersÂ and many Americans are expressing their anger and hatred toward them. Imagine that? A year ago they were sports icons. Today, they are fuel for a barbecue.

I’ve seen some of the comments and memes – “those millionaire overpaid athletes are disrespecting the flag.”

But I find it amazing that the same people making these comments have no problem with Donald Trump being a billionaire who boasts about his wealth and refuses to reveal his tax returns.

Trump purposely made the comment about NFL players not kneeling because he knew that it would stir division, but most folks do not get it! Instead, Joe Citizen is following Trump’s lead and crying foul against those SOB’s who refuse to kneel during the National Anthem.

Now before you get angry at me, did you know that the NFL kneelers were not protesting the flag or the anthem?

The NFL Players who Knelt

Some NFL players took the bait and decided to protest during the Anthem and take a knee. But here is where Joe Citizen is missing it, the NFL players who took a knee were not protesting…
…America
…or the National Anthem
…or the military
…or fallen soldiers

Instead, the kneeling players were protesting Trump’s bullying toward them. They were protesting that Trump has no business policing the patriotism of the NFL or American citizens in general.

NFL player Connor Barwin, sent this tweet about it. 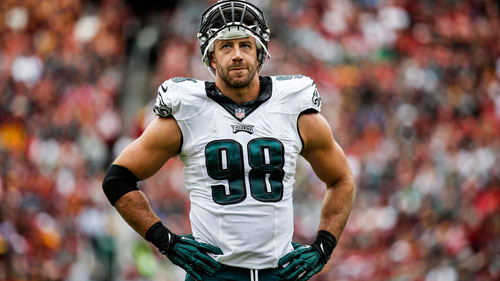 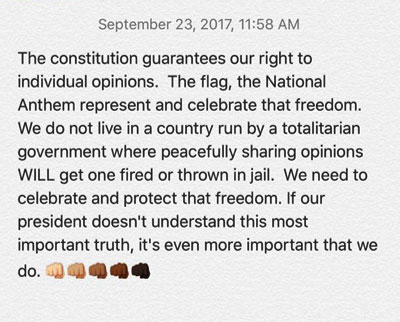 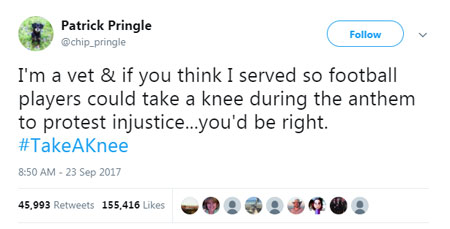 The picture is much bigger than our “feelings,” ladies and gentlemen. And I know that some folks out there do not like what the kneelers are doing.Â But if it is offensive, is it blasphemy? And if it does appear blasphemous, then are we confusing patriotism with religion?

We must have discernment folks.

This is what was missing from the angry citizens, DISCERNMENT! They are missing the discernment to see that this was all a ploy to activate the spirit of Nationalism in America. And unfortunately, angry fans are willing to obey Trump and burn their football jerseys; and dispatch those horrible players.

Trump is following a textbook script to turn America into a nationalistic dictatorship.

To accomplish this, nationalism will be utilized to corral society because with weaponized patriotism and nationalism, the citizens of America will police each other and willingly turn America into a hive that is loyal to the State.

If this continues, your future will be about the State, and the state will not tolerate your disloyalty, or behavior that questions the state, or Trump’s crown.

Look at North Korea, Hitler’s Germany, the Soviet Union, they all followed Trump’s present script. They annulled freedom of the press, and freedom of speech, and they also weaponized patriotism.

Folks, the end time Beast will do the same thing. If America is Babylon, we should expect this to happen.

So what are we to do? How do we stay vigilant?

First of all, don’t fall for it. Getting mad at an NFL player for kneeling is a trap. I read many comments and posts where Americans are comparing the NFL kneelers as an abomination against everything patriotic including: the military, fallen soldiers, the US flag, our freedom, etc. But contrary to public opinion, they knelt to show solidarity against a Trump’s edict. In other words, they did not want to be bullied by Trump. So when you think about it, isn’t that a form of patriotism; to reject the mandate of a president who is trying to act like a king? Something to think about, to be sure.

But whether you agree with them or not, the thing that cannot be lost is that this entire matter has a goal….
If you are patriot…
If you are a veteran…
If you are a corn fed American…
If you’re a cop…
If you know the words to, “this land is your land.”…
If you love Fox News, Lou Dobbs, Sean Hannity, and all the other Fox News heroes of journalism…

My friend, they want you to shed the blood of your countrymen.

“They” are the scoundrels of the New World Order. The elite. The globalists. The insiders. The masked ones who desire Order out of Chaos.

And folks, “they,” includes the present resident of the White House, Mr. Donald J. Trump. He has his instructions, and he is carrying them out before our eyes.

Be wise my friends, Satan is already at work in this deception. Some of my Facebook family has become angry because I have revealed this disclosure.
Freedom is not only about what we are allowed to express. Freedom is also about having the understanding that from time to time, an opposing view will be expressed. Which includes a kneeling NFL player.

Again my friends, Compulsory Patriotism is not patriotism at all.

But be warned, in Trump’s America the National Anthem has been honed into a weapon, and eventually, it will serve a purpose for the Beast. 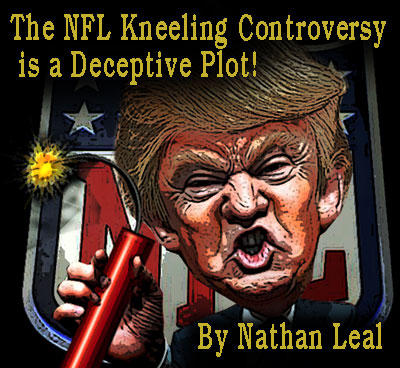