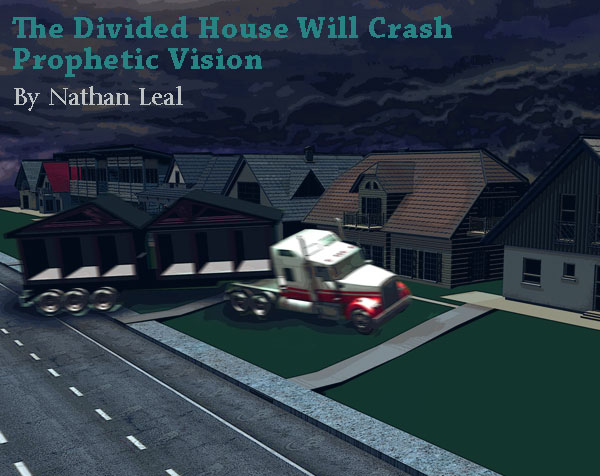 Prepare for the Coming Crash & Collapse
An Audio Prophetic Warning

A crisis is coming folks. It is going to arrive in waves and consist of several events including an economic upheaval, a collapse, and a divided nation. When it arrives it is going to shake America to its core.

I saw it happen. The vision consisted of several key events approaching. One of the events was an approaching CRASH of a divided house.

The divided house will include civil war, political unrest, and a disruption in Washington DC. The election outcome  is going to play a role in some of these events, but while people are watching the daily polls, time is slipping away to get ready for the approaching crash that is in the rear view mirror.

It is important that God’s people begin preparing for it NOW!

This message will share a prophetic warning and explain many of the things that God’s remnant needs to know.

This message also contains the beginning of a new sermon topic about preparing spiritually. Please share this with your friends and family.