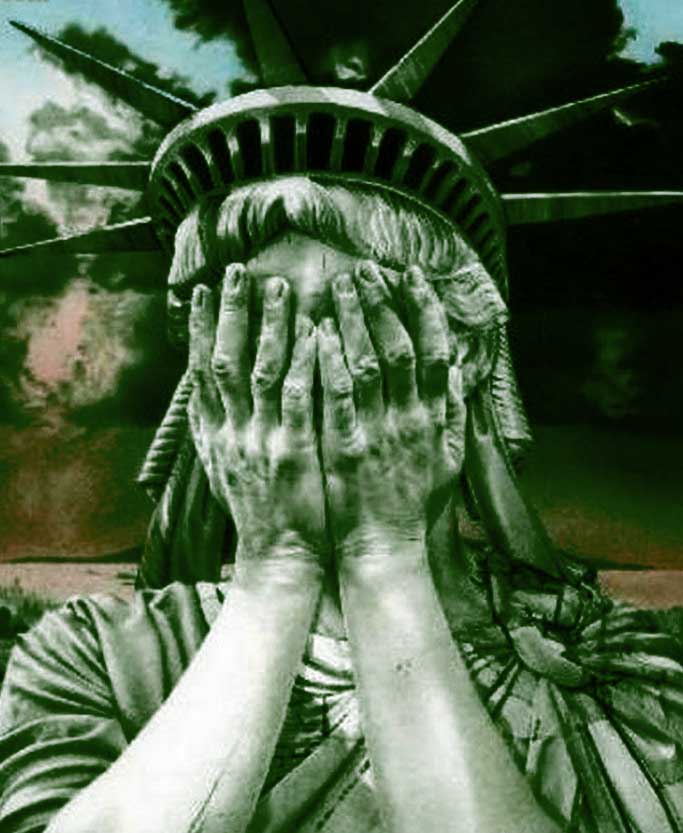 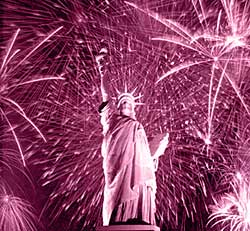 America just had another birthday; she is now 234 years old.

Since that day, I have found myself contemplating many things about July 4th. Through the years, I have watched that day come and go, and I have noticed that every year, I see the same things.

On that day, by the millions, the children of America run around in laughter. And by the millions, American adults stand around and exchange small talk. They roast hot dogs. They tell jokes to one another and they try to make the best of their paid holiday.

Or at least the ones with jobs, still do this!

And in the midst of that symbolic day, I have also observed that most of them have no clue what the holiday really means. Sure, people can recite, “It is Independence Day.”

But most Americans do not consider that it was God Himself who chiseled the Nation of America from the quarry of the earth and then marinated it with independence and freedom.

Most Americans rarely stop to consider that in this nation, God planted the seeds of a special culture, where the fruit of the land was the heritage of God. And it was this heritage that gave birth to a people that had high moral standards, tenacity and a fear of God.

Today, most Americans have little awareness of how it used to be in America in days gone by!

Because it was in her youth, that America had citizens who valued the moral rudder and who knew how to place their trust in a handshake and a promise.

She had citizens who lived with the commitment to a bonded family. She had fathers who wanted to stick around and raise their children.

She had factories that could support an entire family when dad showed up at his job and worked hard. She had mothers who could afford to stay home and strengthen the children; raising vigilant sons and virtuous daughters.

Just a few years ago, her people were satisfied to be entertained with the wholesome conflicts of Ozzie and Harriet, and Beaver Cleaver.

America was the name of that country of destiny which was echoed in the mouths of so many people throughout the world.

America knew that her strength was in her God: Jehovah – the God of Heaven. And she boldly proclaimed this heritage to her children.

Americans prayed in their schools and they learned His statutes.

Americans also attended their local houses of worship. It was accepted. It was expected.

But then… something happened!

They started to forget. They became comfortable and satisfied. They began to get drowsy. They became idle in their spiritual vigilance and slowly the tide began to turn.

Prayer was opposed in American schools and removed.

Abortion was made a women’s right! The butchering and bloodshed of the innocent became an American entitlement! The condemnation of the unborn became the “proud shouts” in marches throughout the land. The right to choose was their bold proclamation!

And all of these things happened, while the rest of the citizens slept.

A new war started – Vietnam. Millions of American boys went away and many never returned. And it was there that they saw things and did things that they were not proud of.

The nation began to change. Many sons and daughters wanted to forget. Drugs arrived with the Woodstock Era. And in the knapsack of this new culture, were the ingredients of confusion, free love, promiscuity, feminism, and ailments that fractured many families.

More Fourth of July holidays came and went. And slowly, the citizens lost their way. July 4 lost its cultural savor and it became a day for a picnic.

That fire of the knowledge of freedom has grown dim. The light of God’s lantern that made America glow with righteousness has been replaced with glowing computer screens that display images of iniquity and wicked ones who boast in themselves.

The laughter of a wholesome TV show has been replaced with a sermon from Hollywood which says, “God is no longer around, so be a hooker and a harlot! And men, spread your carnal plantings with pride for this is your reward!” 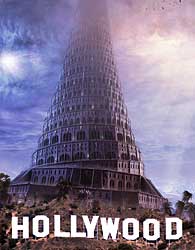 And that little city by the Hills of Beverly has become the nation’s pulpit which tells the world that, “God made a mistake on many of you. Johnny is really Jenny inside, and Lizzie should have been Lenny!”

And with heart ache and pain, it must be declared with a trumpet call, that America is no longer the beloved land that she once was, because now she has brought affliction to the Heritage of God. She has molded for herself thrones of iniquity.

And now, darkness has arrived over her. This sword of her coming oppression is now being forged. Her capture is upon her.

The Night has Arrived

Yankee Doodle has fallen ill and his relative “Uncle Sam” is looking pale and unhealthy. Uncle’s dress blues are now tattered and he has holes in his socks. He had to pawn his fancy watch. He has not eaten a healthy meal in a while and he is losing weight.

Even worse, Uncle is becoming forgetful. Is it because he is a little senile or is he just hungry? I don’t know. But lately, he has been changing the rules on liberty and freedom.

He has also been allowing his interior designer to change his furniture and decor. It seems that a few crescent moons and swastikas are now decorating his courtyard.

And now in the year 2010, America no longer resembles the popular Norman Rockwell painting. The paint of America’s greatness has faded… the paint is peeling!

Today, America is in the alley, she is digging into the dumpster. She’s looking for food.

America, the great nation of the past, who at one time proudly lifted her trophies of achievement to the world, now has new achievements.

America! Today, you pride yourself in your new diversity, in your progressive thinking and tolerance. But you now tolerate abominations!

You now tolerate iniquities and you celebrate them. But you do not tolerate the laws of God! You do not tolerate Him who planted your ears and who gave you the eyes to see. You have announced to the world that you are no longer a Christian nation!

America! Your king has mocked Christianity and defied the God of Heaven with unholy mandates and proclamations that trample on His statutes and laws!

America! Your citizens have tarnished unholy matrimony. You call marriage old-fashioned. And now, you are saturated with the lifestyle of live-in harlotry.

You have become a nation of unwed mothers; Thus fulfilling, I Timothy Chapter Four with your doctrine of demons which speak lies in hypocrisy and also deceive your people by mocking and forbidding marriage.

Today in America, millions of Baby’s Daddies are missing in action and no where to be found! These millions of wayward fathers believe themselves to be achieved conquerors that emulate gangsters and demand respect. But they have no knowledge that they deserve no respect. And by their very deeds, have condemned themselves.

America, you have your men numbered among you. Men who were potential warriors for God and for your nation and you have turned them into homosexuals… full of confusion!

America, you have taken men who should have been priests over their homes, and you have castrated them! You have turned your homes inside out and allowed feminism to overrun your land!

All of these things are happening while ministries are growing and reaping a harvest of gold and wealth.

All of this, while thousands of mega-churches are filled to capacity!

All of this, with TV ministries in record numbers overwhelming the satellite channel lineup.

All of this, with these ministries saying, “Send us money to spread the gospel.”

But to that challenge, I ask, “What gospel are you spreading?” Is the gospel that weak that in America we can be saturated with so many mega-churches and TV ministries and yet have so many Christians in captivity, defeated, overwrought, depressed, discouraged, and addicted?

No my friends! A thousand times, “No!”

And this I say from the wall. “This situation should scream, that today’s American gospel is a counterfeit, anemic gospel that bears no resemblance to the real one!”

And what is the real one?

It is the opposite of what you are hearing out there. Today’s false gospel presents a package of God that only wants to hand out fortune cookies, money, cars, and stuff to his people.

My friends, Jesus did not die just to adorn you with stuff! Jesus died to cleanse your soul from sin!

And it is this very thing that the American and Western gospel ignores.

When Jesus walked the earth, He said that there had not been a greater prophet than John the Baptist. And what was John’s message?

No! It was repentance!

So I ask this question my friends, “At the rate that this nation is going… how many? …How many more birthdays will be written for the land of America?”

And how many birthdays can the once Mighty America celebrate when within her borders and within her people, “The rockets red glare” has been replaced by the “Zombies dead stare?”

How can America be strong when, “Dawn’s early light” has been replaced with, “John’s confused plight?”

And all of this confusion is taking place under the watchful one eyed monster of the TV news media that; lies, pacifies, and sugarcoats reality. And what is this reality? 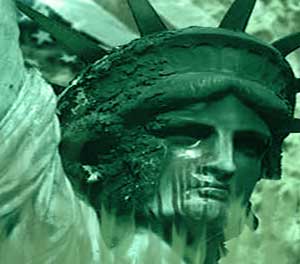 Americans claim to be free, but their lives reveal and testify that they are captives and slaves.

“We will never be invaded!“ Is the cry from so many.

But the invasion has already arrived and the occupation is underway.

Slavery has arrived in America!

Time is Running Out

“Nathan why are you saying these negative things?”

Because it is the truth folks! The elixir of lies is freely available… out there! And you are free to drink their wine of lies! But it will be bitter going down and keep you in a stupor.

My friends please hear these words. You must know. Things are going to change in the future of America.

God has had enough of this mess. And He is going to chasten in the land. In many places, it has already begun and you must prepare for this.

America’s judgment will not be stopped. The land will be shaken!

I know that this is not good and happy tranquilizing news, but it is the truth.

Now do I say these things to depress you and scare you? I am saying these things, so that you can be challenged to make the proper adjustments to your life so that you and your family will be able to endure.

Please seek God about these things! The clock is ticking and time is running out.