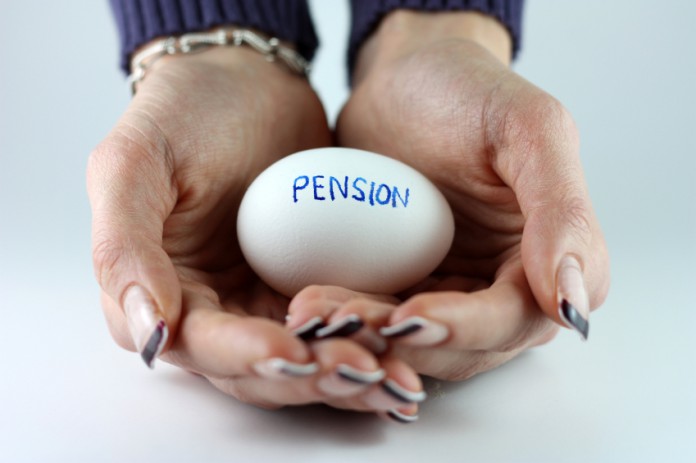 The Eagle and the Fox! A Prophetic Dream

WARNING! – American Pensions will be taken by the US Government!

Note* – I had this prophetic dream approximately October 2010. I spoke about this prophecy on my old radio program on (11-02-10) It is located at the second half of the program at about the 46 min mark, found here:

(Date of Dream approx. Oct. 2010) I feel a strong need to publish this warning now.

In this dream, I was standing outside of my house. Suddenly a large bird flew into the chicken yard outside of our chicken coop and landed.

I was not close enough to tell what kind of bird that it was. At first, I thought that it was a turkey. So I walked towards it to get a better view. As I got closer, I could see that it was not a turkey but it was a bald eagle.

This bald eagle was not healthy looking. It looked weak, skinny and was limping. It also looked VERY hungry.

As the eagle arrived at the nesting boxes, it fell forward onto its stomach. While laying on the ground, it began to change color. It changed into an orange / brown colored eagle. Before my eyes, it turned into a golden eagle.

It then tried to crawl into the nesting box but it was too large. So it began to reach into the boxes with its wings. I noticed that it’s wings had sharp tips like a bat wing. With its wing, it broke the eggs inside of the box.

But it did not stop there, it dipped it’s wings into the egg yoke and licked the yoke off of it’s wing while it layed on the ground.
It did this until it ate all of the eggs in the nesting boxes. After it was finished, it began to stand up.

When it stood up, its weak appearance was gone. It had become strong. It’s back was towards me, but then it turned its head around and looked at me.

To my surprise, the eagle’s head had turned into the head of a red fox. ( Still on an eagle’s body.) The fox was smiling with a suspicious looking grin. It was a grin that said, “I won!”
The dream was over.

I believe that much of this dream speaks for itself. The bald eagle represents the USA. Right now it is growing weak. Eventually, the US government will be so weak that it will eat the nest eggs of the people. The “nest eggs” are the retirement and pension funds of American citizens.

Conclusion: I believe that eventually, your hard earned retirement fund is going to be taken away from you WITHOUT YOUR PERMISSION!!

The USA is also going to go through a metamorphosis. A political “shape shift” into a different kind of government. An oppressive government. A deceptive and tyrannical government.

This was why the bald eagle turned into a golden eagle.

It appears that the US Government has begun to morph! These changes may be taking place behind the scenes right now! And these changes appear to be similar to the changes that the people of 1930’s Germany witnessed……BUT IGNORED!!!

Likewise, most of the American public does not seem to have a clue. They are occupied and in a slumber.

As the change progresses, the American people will be lied to and eventually robbed of their pensions. Will the government give a reason when it happens? Maybe… Maybe not!

Perhaps Americans will be told that it is for a very good reason. Perhaps they will be offered the promise of future care or even a promise to be “paid back.”

It could play out in a variety of ways but it will be with deception.

Folks, time is growing short. The US government is growing weaker as we speak. I believe that this robbery is in the making.

What Should You Do?

If you have a pension or retirement fund, please seek God in prayer about what you need to do. There are options available. Seek Godly council about the possibility of making changes with your retirement fund.

Maybe even taking the penalty and withdrawing your funds. And then hedging or preserving your funds in another venue; Perhaps several diversified venues. But make the changes so that YOUR pension is outside the reach of the FOX guarding the hen house.

Having Precious Metals in your possession will require having a wise place to store it. Also, make sure that the possession and storage is within your stewardship or control. Do not, place PM’s in a safety deposit box. Banks can lock their doors denying you access or The FOX can have access to the boxes. Get council. Do research.

I know that this is a drastic thing to do but the coming future is going to include days where hard decisions will have to be made by the wise and vigilant people of God.

Brethren, I believe that this warning is from the Holy Spirit. Again, please make this a matter serious prayer. Maybe even fasting to get God’s direction.

I do not know exactly when this will happen. It could be soon or take longer, but please do not wait too long!