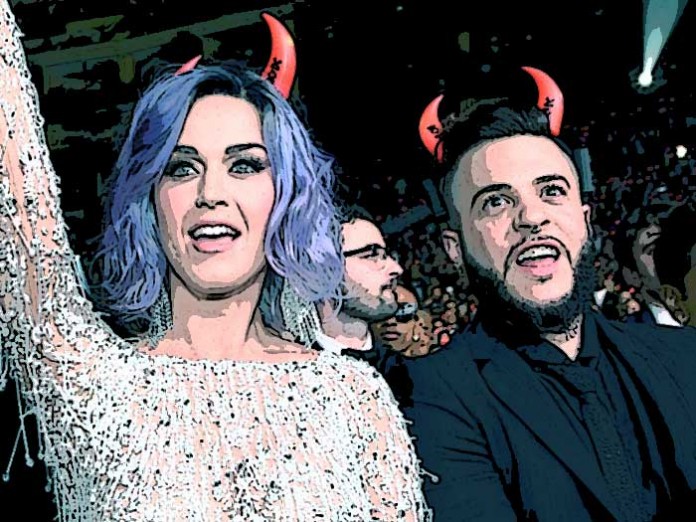 A Nathan Leal Expose from the Wall

The World Rocks Out on the Highway to Hell

I titled this article, “The 2015 Grammy Awards – America has Died!” But this country died a long time ago. It’s just that most of the carcasses who are walking around do not know that they are perishing and –

Perhaps some of them do know that they are perishing and that’s why they sang about it at the Grammys.

This year, the Grammy Awards began with a satanic performance by the 1970’s Rock Band AC/DC. They played two songs; “Rock or Bust” and their 1979 hit, “Highway to Hell.”

I have many things to say about the show but one of the first disappointments was the Host of this year’s Grammys, – LL Cool J. 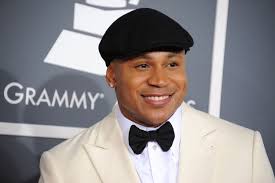 For those that may know, LLCoolJ (aka James Todd Smith) is an artist who has had much acclaim testifying that he is a Christian and has faith in God.

LLCoolJ began the show by introducing AC/DC. He said,

“…For those who want to Rock, here to kick off the 57th Annual Grammy Awards headed on the highway to Hell, …AC/DC!”

…and then AC/DC proceeded to play.

They launched with their new song, “Rock or Bust,” and then went into their satanic anthem, “Highway to Hell.” As they began to play the song, the audience was cued to take a gift that was supplied to them by the Grammys and place it on their heads.

The gift was a pair of plastic devil horns that lit up. 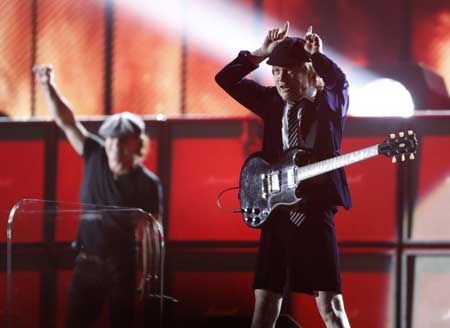 They obeyed and placed the horns on their heads… 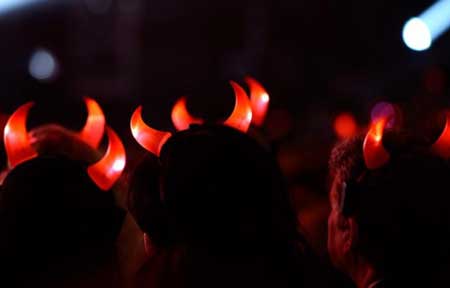 They wore their horns proudly…. 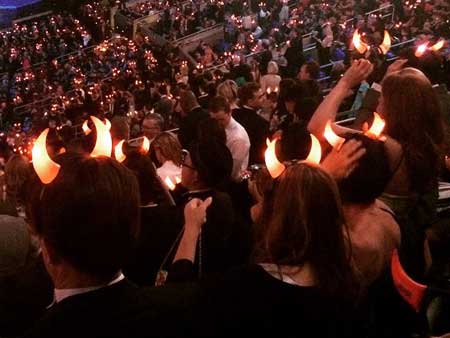 …and they also sang along. 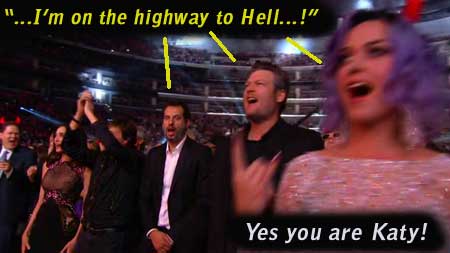 Katy Perry attended. She sat on the front row and let the world know who’s side she’s on.

Here she displays a triple pair of horns… 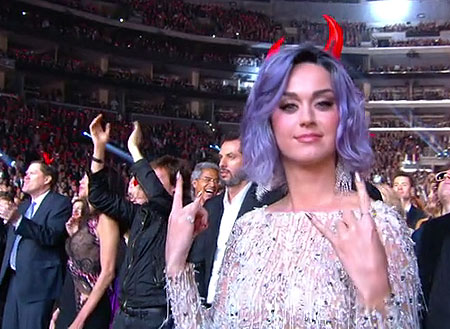 She even went into viper mode with her tongue and displayed the “mano cornutos.” 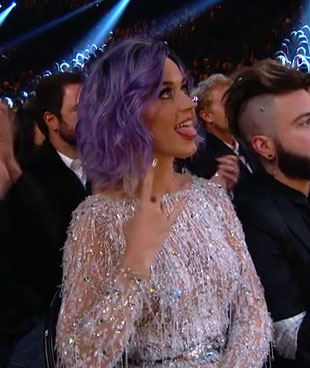 The “mano cornuto” or “hand horns” is a common sign used by satanists and those in the occult. Below Mr. Vile himself – Anton Lavey displays the gesture. 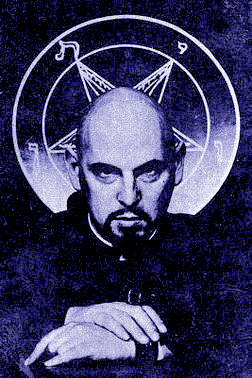 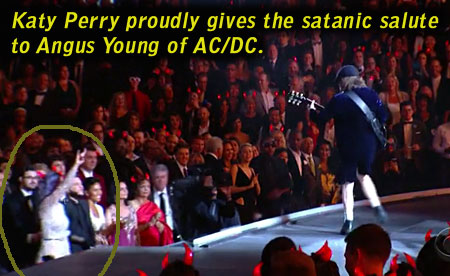 The spectacle was grievous to watch… 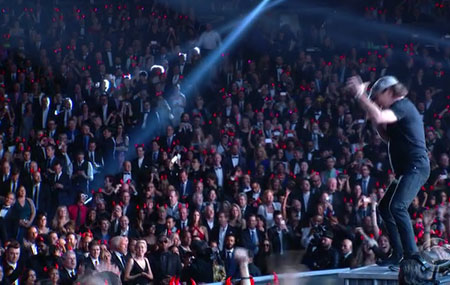 It was a sea of lost souls who decided that Earth’s party was the better choice. 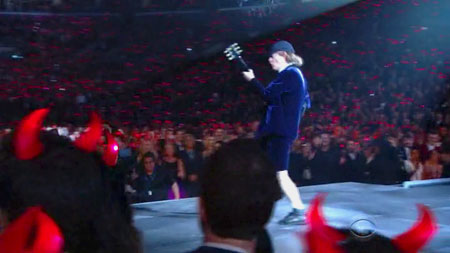 As the song finished, the Grammys sealed it with the Illuminati brand, the Pyramid of light. 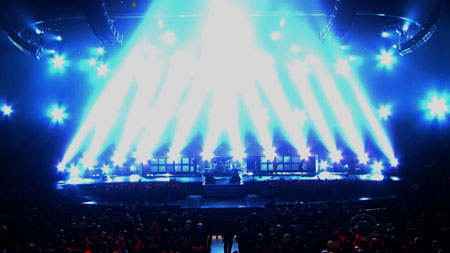 As the band left the stage, LL Cool J said, “That was devilishly good!”

Really, LL? Which part? Was it when they openly gave allegiance to Satan and mocked the God that you claim to serve? 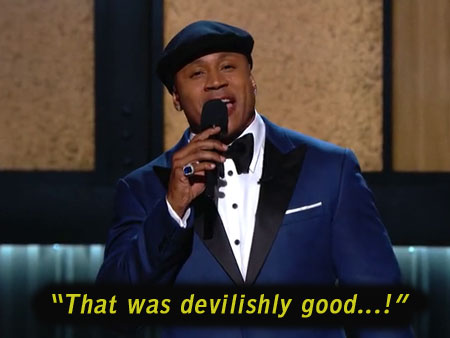 The audience was told that they could take the devil horns home with them, but were also told to remove them from their heads for the remainder of the show. 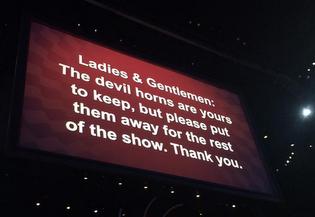 Interesting huh folks? How they openly admit that the show was laced with satanic adornments?

They gave away the devil horns. How many of the stars knew that they were taking home a relic that was a part of a satanic ritual? Thus taking the impartation into their homes! 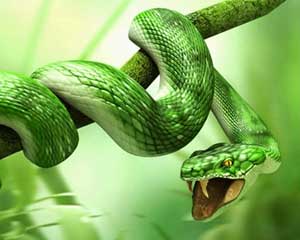 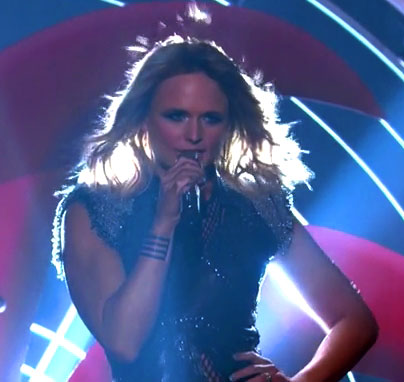 She began to sing… 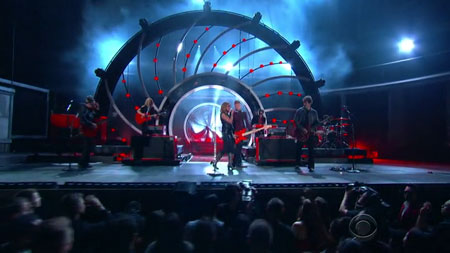 I did not notice it until they turned the lights on, and then there it was… 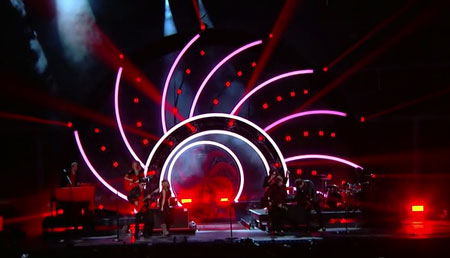 The Illuminati Eye of Horus… 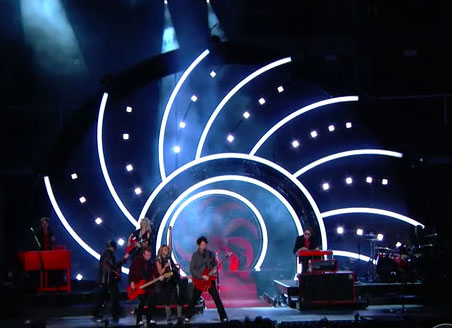 It’s in your face ladies and gentlemen. The Illuminati wants it to be known loud and clear that they are the ones who produce the shows of American Entertainment!

And based on the participation of so many celebrities, it is apparent that many of them have chosen – fame, fortune and Satan over the Law of God that is written on the tablets of their hearts.

And thus, the dark messages of “lust” and “living for now” trickle down to the fans of the America and the world.

It is a message that denies God and chooses the ransom of death.

America is on her way to the grave. And sadly as she dies, the world of entertainment keeps the people occupied with nonsense!

…and lately, open allegiance to Satan!

After a few others performed, it was then time for the the Witch of Endor, Madonna to slither onto the stage.

She was accompanied by an entourage of thespian demons. 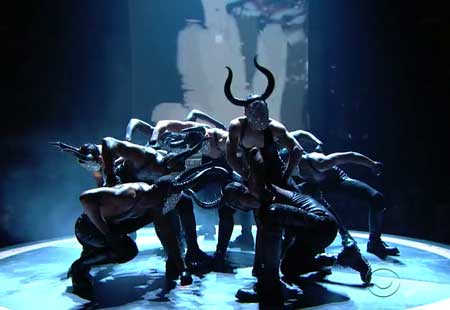 I wonder how many of the audience members were creeped out by them? 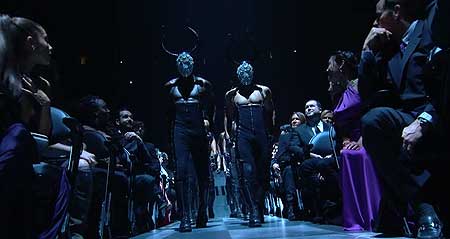 Madonna, you are not a lady, as your name implies. 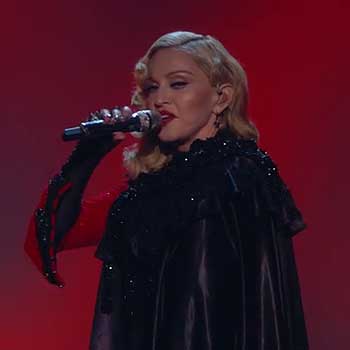 And even though others will not tell you because you scare them..

Put on some decent clothes, you are embarrassing yourself! You are 56 years old!! 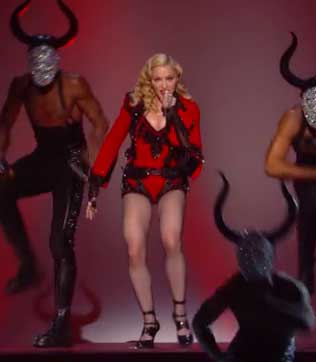 Sorry folks, but someone needs to tell her!

But she probably won’t listen. And so, the demons that she loves to perform with, will one day carry her away. 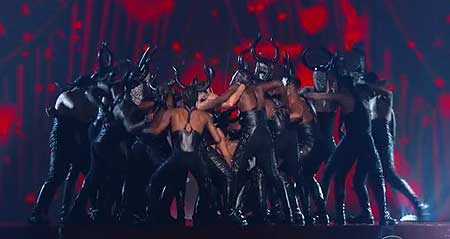 In her Grammy show, she sacrificed herself and floated up. 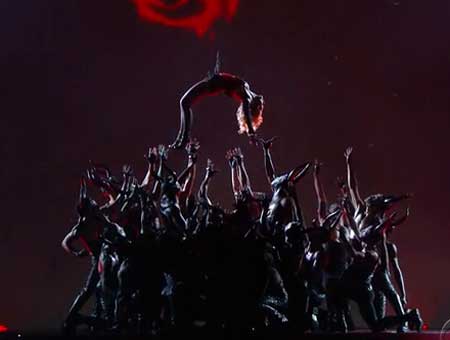 She claimed that her song was a presentation of how “love” will lift her higher.

But I do not think that she knows what real “love” is. To her, it means tolerance for everything included sex, life style choices, etc.

Last year at the 2014 Grammys, she sang while Queen Latifah officiated a few same sex weddings for several gay couples.

Do you remember that one? 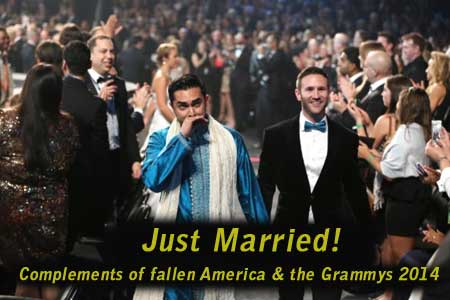 America is fallen Ladies and gentlemen..

She has become openly satanic, pagan and barbaric!

She openly defies the God of Heaven and her people have no regard for their heritage that was bought with a price. 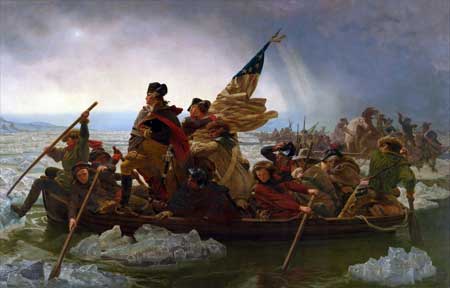 America do you remember when the words to the song applied?

“America! America! God shed his grace on thee,
and crown thy good with brotherhood
from sea to shining sea.”

God wanted to continue your blessing and show you the things that make for your peace, but you would not…

….and now you will be overrun with your enemies…

Is it too late to pray for America? I fear that it is.

But not too late to pray for yourselves and your family.

God help us, and may He have mercy on those who have the ears to hear.

In grief and in His service,