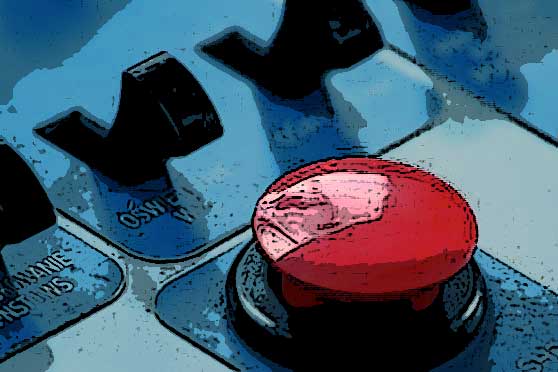 Ladies and gentlemen, brethren of the faith, Heaven’s gavel has sounded, the Divine Court has measured the Land of America and she has been found lacking.

…and lacking of righteousness that she no longer desires.

The America of long ago was birthed in determination, but after 239 years, she is suffocating in spiritual desolation and immoral stagnation.

Today, the nations’ report is a sad summary of a land that forsook her heritage and betrayed the grace of God; grace that once upon a time made her the envy of the world. But now, she is the disgrace of the world; controlled by a leader who has no kinship with his people or his allies.

For those of you who wonder where we are? As a country, America has entered a strange wilderness and lost her way. She misplaced her a compass and took a wrong turn.

As I look around, it appears that she is now approaching the Valley of the Reapers. 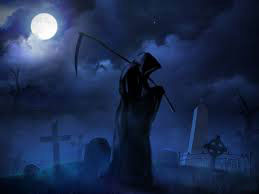 …and they are not a pleasant bunch!

But they will be allowed a season and a time to harvest the land of it’s rebellious ones, desolate ones and those who are the enemies of God.

The reapers will be swift and they will destroy. 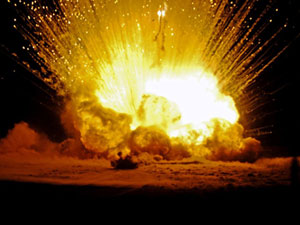 They will cause many to wail and mourn. 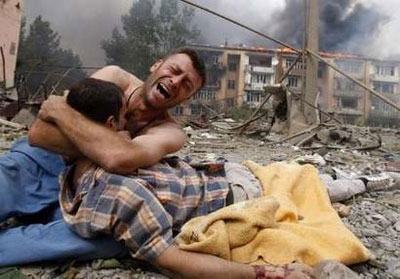 The assault will bring an onslaught of destruction. There will be confusion, panic, and those who do not understand… 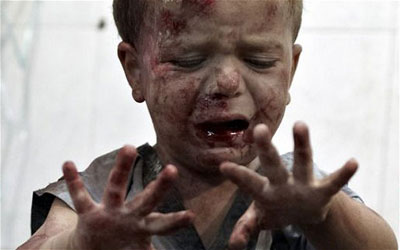 because they are too young to comprehend!

Of course, there will be noble ones who try to make a difference, 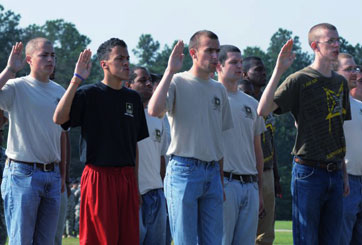 ….but for some, the burden will be more than they can bear. 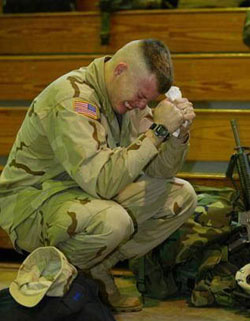 America’s future course will have anguish of soul, with the unthinkable… 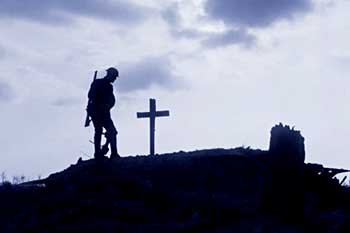 …as many with the heart to protect will fall by the wayside.

Ladies and Gentlemen, this word of warning is in motion. My heart is strained as I share it. In the coming days, the woe will be great and leave many children asking why? 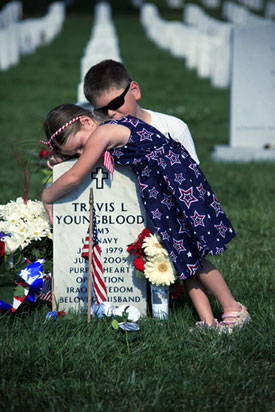 But what can one say? 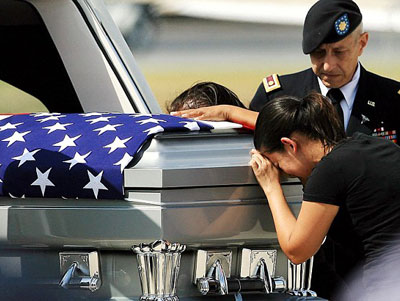 The Valley of Grief is heartless and seeks to add more to the Terrain of the Never Forgotten. 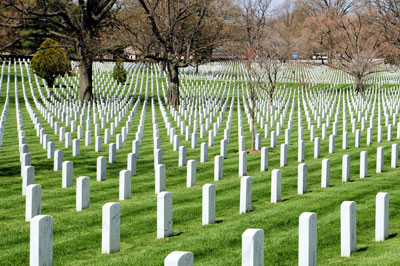 Sadly, it didn’t have to be this way, but the land forsook the One who birthed her and wanted to protect her. There is only one hope folks. His Name is Jesus.

Unfortunately, today in the Land of Want, mentioning His Name has now become criminal.

So this is why, the prophecy will transpire…

For those who have the eyes to see, it is apparent that America has changed. She no longer bears a resemblance to the land of our forefathers.

She has become a dysfunctional adulterous woman, the world’s Jezebel, the Great Harlot, who rides the Beast,

…yelling “giddy-up,” as she herds the NATO lemmings beyond the beaches of Normandy and past the Bridge of Sighs, towards the cliffs of the Black Sea where there will surely be a bloody slaughter!

A mighty blood letting is approaching Planet Earth with America leading the charge to send many young people to their deaths, in a War that didn’t need to happen.

But sadly, a World War is coming, and my heart is breaking as I type these words. So ladies and gentlemen, the time for slack is now behind us. We are at the eve of destruction.

Eventually, the bullets will fly. The explosions will be heard. The sirens will scream.

And the voice of God will thunder in the night, “You will surely drink!” 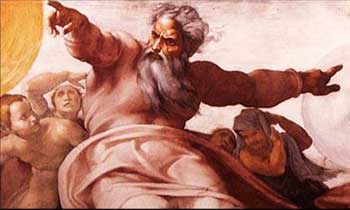 …they will be bitter dregs!

It is coming my friends, the awful portion of grief and sorrow!

If you reside within America’s borders, you may have noticed that her virtue has departed.

… Discernment has been replaced with delusion.

… Holy matrimony has been replaced by an imposter that parades itself with a rainbow banner and justifies its homosexual abominations.

… The standard of righteousness has been repealed and substituted by the new standard, fifty shades of gray!

Spiritual awareness has been hijacked by the spirit of slumber.

…and biblical scholarship has been capsized by the emergent church’s doctrine of demons which minimizes repentance and tolerates spiritual suicide.

“Be astonished, O heavens, at this, And be horribly afraid; Be very desolate,” says the LORD.

“For My people have committed two evils: They have forsaken Me, the fountain of living waters,And hewn themselves cisterns—broken cisterns that can hold no water.”

How many are astonished that a hipster trend has replaced the fountain of God’s living waters with rock music that they call worship.

This trend has spread across the Church culture of the West.

A quick example can be seen in the video below of Hillsong’s Colour Concert that was garnished with satanic symbols of the Illuminati.

In today’s End Time Church of Confusion, this is what they call worship! Thereby completing another part of the freemasonic infiltration. 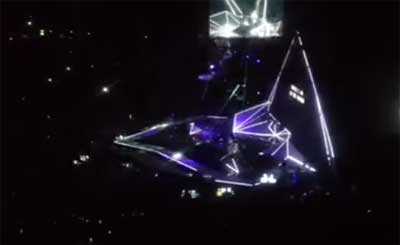 The verdict is in, ladies and gentlemen! In the age of million dollar Purpose-Driventabernacles, America has never been more bankrupt of reverence for God or void of His holiness.

Why has America gone mad? It is because many of His people have lost their way. Thus fulfilling 1 Timothy 4:1…

“Now the Spirit expressly says that in latter times some will depart from the faith, giving heed to deceiving spirits and doctrines of demons,…”

My friends, America is in trouble. An eerie storm is approaching! And it is going to bring with it frenzied winds that are going to overturn liberty.

But I guess I should correct myself,

… the storm has already arrived and freedom lost hold of its moorings and floated out to sea. But will she be found?

Will the people search for her? Why would they? They seem to be oblivious that she is absent. As freedom leaves, will she come back? Will we see a national recovery? Will your children live to see the nation healed?

These questions are difficult. But the timestamp of reality does not lie, and in the midst of the present storm, there is a plague of indifference that leaves people apathetic to their coming fate.

Folks, this is what time it is. A crushing blow is upon the nation of America; and a whirlwind is approaching the West.

The storm of storms will dance for a short song outside the gates of our cities and then it will boldly enter. 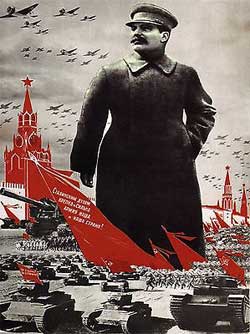 The entrance will not be gentle. 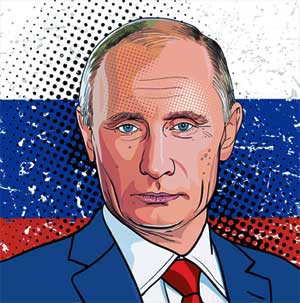 It will topple the resistance and flatten the bunkers that depend on their own strength.

The images will be shocking as the coming storm shakes the mountains, stirs the ground, and turns buildings into relics.

The Chronicles of Remembrance

My friends, this is the true report. The remaining pages of man’s history are few. The summary is upon us; The summary of people, of nations, of lives, one by one, of fathers and mothers with a story,

…stories that are being recorded by the Angels that surround us; the holy Angels, the guardians of God, they observe our deeds and record our choices. 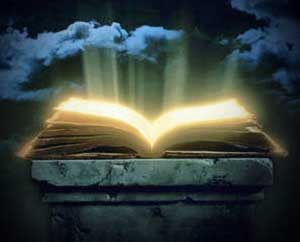 They are the keepers of the songs of mankind. They record our exploits with the writer’s inkhorn on a holy parchment,

…parchments that become pages in the Holy Book!

And someday ladies and gentlemen, the Books will be opened and revealed.

…and this is why we all need to know the truth and deal with the truth.

Here is the truth, and here is a message for God’s people. This world is in a mess but we have a risen Savior. His Name is Jesus and He is the Hope and Anchor of your soul. He’s also the Author and Finisher of your faith.

So in the midst of all of the madness, I want to encourage everyone that God is not finished with you. If you are struggling, God can cleanse you and restore you.

” Blessed is he whose transgression is forgiven,
Whose sin is covered.

Blessed is the man to whom the LORD does not impute iniquity,
And in whose spirit there is no deceit.

When I kept silent, my bones grew old
Through my groaning all the day long.

For day and night Your hand was heavy upon me;
My vitality was turned into the drought of summer.

I acknowledged my sin to You,
And my iniquity I have not hidden.
I said, “I will confess my transgressions to the LORD,”
And You forgave the iniquity of my sin.”

If you are walking out of fellowship or are in need of restoration because of a past transgression, my friend, please do not put it off. Call out to Him and confess your sin to Him; and then turn away from ways and deeds that defile your spirit!

His loving kindness is new every morning!

He wants to cleanse and forgive His people in this late hour. If perhaps you have been holding back because you think that God will not forgive you, that is a lie from the accuser, Satan. The Blood of Jesus can make you whole.

By the way, I am not only speaking to the wayward ones, this message is for all of us. Let us all approach the Throne of Grace and be strengthened.

The hour is very late. The unexpected is approaching. When it arrives, it is going to change everything. So in the remaining time that we have, please commit yourself to getting a hold His strength.

We are presently in very volatile territory, potentially on the eve of war with Russia, so please stay alert.

I know that hearing the warning message can be challenging, but at the same time, it must be spoken. So if you find yourself fearful when you hear it, please seek God, and cast your worries and fears to Him. He will strengthen you.

As the days grow darker, we are all going to need strength from Him.

My friends, there are pivotal and grave events brewing in Russia right now. Moscow is in disarray.

The United States is mobilizing with NATO troops throughout Europe. The front line of the coming war is organizing and training for battle. Many news developments are taking place. The world has become a powder keg, waiting for ignition.