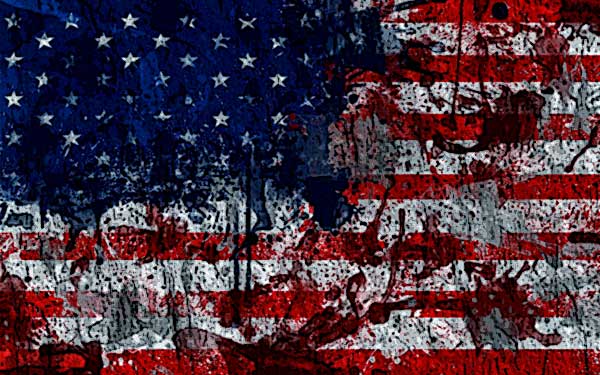 A Lament from the Wall

Today, in light of the Supreme Court decision on gay marriage, I grieve.

I grieve because the land of my youth has died.

I grieve because I know what the blasphemous ruling means.

I grieve because five unelected ones decided the fate of the Nation and legalized the abominable.

I grieve because my children have been handed the baton of a moral cesspool.

I grieve because I know how dark it is going to become.

I grieve because in my heart of hearts, I know that God, our Creator, who abides in the real Supreme Court is going to respond with His ruling. It will be a ruling that is going to plow the land under.

The God of Heaven looked down at the mockery of humans and allowed them to choose.

They chose. Now America is going to crumble.

They chose. Now America will burn.

They chose. Now a plague will dine on the people.

They chose, and those who celebrate will become the fodder of the unspeakable.

They chose, and now darkness will overtake with unrelenting madness.

They chose to throw away God’s law, and with it, the lamp of the eye.

Be afraid for your family.

Be afraid for your loved ones.

Be afraid for the future.

Be afraid, because foolish men have stoked the fires of the wrath of God.

Be afraid, because the thread God’s patience, has been severed by the blade of lustful man.

Be afraid, because the foundry of Heaven is forging the weapons of war and sharpening the battle ax of the destroyer.

Be afraid, oh people, for the appointment is coming.

Weep for the losses. Grieve for the fallen. Cry out to your Creator and plead that the coming plague of bloodshed will pass over you and your dwelling place.

Today, the Nation turned a corner.

Today, she left her path and walked into a graveyard.

…the keepers of the crypts laughed…

…and the jaws of Hell opened wide to dine on the coming meal.

The time of talk is over. The time to pray that America will turn has passed. She has chosen not to be healed. Her fate has been determined.

So save yourselves and hide in the Rock of Christ. The fires are coming.

(Note – If there is any confusion about the “Be Afraid” aspect of the words above, I explain it here. )