It’s Not About the Lesser of Two Evils

… It’s about picking your poison.

… It’s about choosing the blade for the gutting of America.

“Do you prefer a scalpel or an X-Acto knife?”

Should I? If I do, the result will still be the same; the carcass of America will hang between Heaven and earth, and sway in the wind.

You know why my friend?

…because it’s not about the lesser of two evils.

But rather, it’s about deciding who will hang America’s carcass on the hook.

Everything else is theatre. Both candidates are spitting it out hopeful words, dedicated promises, and one lined zingers that look good on a T-shirt. And just ahead is decision day; where the people will rally with cheers and decide whether America’s carcass should be hung by a feminist…or a butcher.

I have to folks, because it’s the truth. This election is NOT about the lesser of two evils. The nominees for the changing of the guard, are a hyena and a leopard.

But I don’t trust hyenas. They eat babies and never shut up.

“But Nathan, it is a tame leopard. And the elite are afraid of its hiss…So is the devil.”

Really? Some of the folks are forgetting one thing,

…a leopard can’t change its spots!

By the way, you know what’s sad, ladies and gentlemen? The American church could have found refuge, if they would have lifted their prayers to God. But instead,

…they chose a leopard to hiss and growl for them.

And that leopard cannot be tamed. It’s fangs are intense, and within its paws are bayonets that have been honed and sharpened.

Brethren of the faith, this election is not about the lesser of two evils. Instead, it is about choosing the blade that will shred the Constitution, or the noose that will choke it to death.

…General Donald will send the Constitution to the gallows with a 3 AM Tweet.

You can argue all you want about it. You can get mad at me and wish I was never born. I watched both debate folks. I took notes. I recorded them. I did not say it. He did. Donald revealed what he plans to do.

“Stop and frisk will be a good policy.” His words, not mine.

I wonder how that statement sits with truthers and oath keepers?

I wonder how a policy like this resonates with the remnant out there who complain about the Police State. You want freedom my friend? How does, “Stop and Frisk sound?”

How does it sound folks?

And don’t change the subject and try to deflect with Hillary’s evil. I’m not talking about Hillary the hyena. We all know about her mayhem.

I’m talking about you, your wife, or your kids…minding their own business, driving to work, or taking a trip.

But then getting pulled over, and hearing the words…

“Step out of the car, and place your hands on the hood, all of you.”

…And then having their pockets searched and emptied of their cash.

…And then interrogated about their cash with stupid questions like, “why do you have cash?”

…And depending on the cop’s mood or jurisdiction, have their cash impounded for suspicion of, “whatever.”

…And then hear the words, “thanks for your contribution to “the fund.” You are free to leave.”

Is it? I heard it folks. I witnessed the debate. I took notes. And if Captain Donald inherits the ship, you will all become suspects in the American Nationalistic Experiment.

By the way, again, please do not derail this truthful concern, by trying to change the subject, and throw Hillary into the equation. This is not about Hillary. I’m not voting for Hillary.

This oration is about evangelical Christians trying to cherry pick morality and pretend that it’s a wise strategy. It can’t be done folks. Humans have tried it for 6000 years. It always backfires. And it’s going to backfire this time while the whole world watches.

The words say it all – Law and order.

Uncle Donald stated that he is the Law and Order Candidate. Now before I elaborate, I want to point out the hypocrisy of his proposal. According to Trump, law and order will power the rudder of America under his watchful eye. But please note, that these laws will only apply to citizens and not him. Because last time I checked, sexual assault was against the law…unless one is running for President? (sarcasm)

(Note – I’m going to be addressing the pathetic hypocrisy of the evangelical leadership in an upcoming article and program. How quaint is it, that none of preachers on Trump’s evangelical committee was able to explain to him that TRUE repentance requires contriteness, not defiance and blame shifting. If one of them did try to explain the concept to him, and he rejected it, then it is even worse, and reveals that Trump is unteachable. It also makes one wonder if he really wants to win the election. Because was there not one preacher that suggested that he follow the biblical template? The world watched and saw that his apology lacked his heart and soul.

So I have to ask, what is the purpose of the evangelical committee if all of the preachers are anemic in counsel, or a bunch of YES men? God is watching all of this mess folks, and the church leadership is looking pretty bad right about now.)

Are you mad at me? In a few weeks, these words are going to be vindicated.

But getting back to Trump’s proposal to save America. He said we need more, Law and Order. Is that America’s problem folks? Was the crash of ’08 because we did not have enough, “laws” in the books?

Is that America’s problem? You’ve had too much freedom and you need more laws? If America gets more laws, it will require more cops, more TSA agents, more Homeland Security…

I guess the handcuff company will like it; so will the Chinese factory that makes those orange jumpsuits.

Order. Let’s visit that word for a moment. As if the New World Order wasn’t already breathing down our necks, we now have the evangelicals anointed one telling all of us that he’s going to bring, “order.”

Some of you became alarmed when Daddy Bush announced the New World Order on September 11, 1990. Remember when he said, “… and we will?”

Now here we are, and the Favored One is telling us how it will happen; through – “law and order.”

“I am law and order candidate,” were his words.

If we were to separate those two words and examine each one separately, we would have; Law…&…Order.

Am I the only one who sees this?

I could really make this a long disclosure, and offer pages upon pages of disturbing evidence and proof that this election is not about the lesser of two evils. But I wonder if it would make any difference.

Would it? Probably not. So I should probably cut it short. Because if I digressed with a disclosure of truth, how many evangelicals would want to hear it?

The craftiness of the puppet master is presently on display before the whole world, and most Christians are blind to it.

The elements are varied and complex: the Hegelian dialectic, concrete versus the abstract, dualism, synthesis, the secret order,

…and a Phoenix ascending.

That’s why Tavistock is so successful. They know what they’re doing. They have invested billions of dollars to map human nature. They have it down to a science. And they are using their methods to once again, engineer and steer public opinion with the theater of a cat and dog fight.

They have many placements. They are highly skilled. They have groomed world leaders and society for decades. They have trained their minions to do their bidding.

…and will come to pass.

America will be taken, dissected, and catalogued by the lesser of two evils.

….While half of the country cheers, and the other cries, “foul.”

I say this as a WARNING. Please do not allow yourself to fall into a slumber or go to sleep. Maintain your vigilance folks. Several earth shattering events are around the corner…

…and they are barreling towards America.

Reporting from the wall, 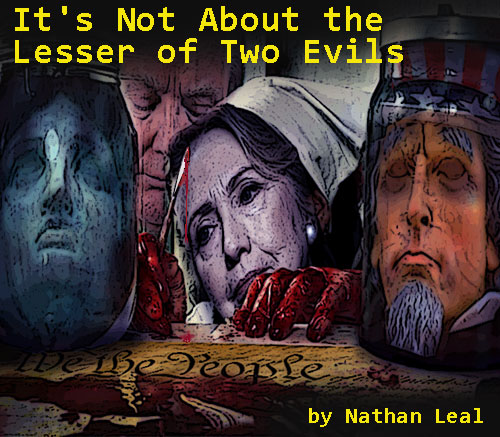